The last weekend in October, I had plans to visit Soraksan Mountain with a friend - but unfortunately, those plans fell through. So, on that Saturday, I woke up and decided I would go anyways... alone! So I pulled out my travel book and made some quick plans - cleaned my apartment - packed - and took the subway to the Bus Terminal in the south end of Seoul.

I was able to catch a bus to Sokcho (속초). It took 4 hours arrive, from 3:30pm to 7:30pm, where I quickly found an inexpensive motel near the beach on the eastern sea of Korea. That night, I knew I'd be waking up early and hiking, so I ate dinner and then just got some rest in the motel. The next morning, I woke up at about 6am, took a shower, and left to go hiking! A local bus took me to the base of the mountain, and the gate of Soraksan national park. From there, I took the 3.5 hour trail to Ulsambawi Rock - although I conquered it in much less time since I was a solo traveler and because I'm a fast paced type of person. I spent some time at the top before coming down.

Unlike many people in the City of Seoul, the mountain people were incredibly outgoing and friendly! They were happy to make small talk,or exchange a smile or word. In Seoul... most people just don't do that. They avoid eye contact with strangers (despite the fact that you are surrounded by dozens of strangers daily at any given time). They almost never say hello... unless they're selling something. It's a bit of a downer. So that made this escape to the mountains particularly delightful.

Korea, in general, has great land. It's really beautiful - filled with mountains and valleys. This is one reason why the Korean people are so tough. You wouldn't BELIEVE me if I tried explaining the average age of the hikers in Korea. It's probably about 40 (quite a LOW ended estimate). I'm not counting the kids that don't walk by themselves. YES - parents bring kids to the mountian who can't walk, and the parents end up walking for TWO as they carry their kids. And then there are the ajumas! I mean... I saw women who were DEFINITELY in their 50s or 60s climbing the mountain. And they weren't going all that slow. They are TOUGH! It's really shocking. You NEVER see things like that in America... at least I didn't!

Since this time of the year was such a popular time to visit the mountian - when I was climbing down, it was similar to walking down the street in Jongno, a very famous part of Seoul. A steady traffic of people were going up and down, and I was like the "crazy driver" speeding past everyone, weaving in and out and between.

I took lots of pictures - drank some natural mineral water - had some great encounters with strangers - tried some corn-on-a-stick (but it wasn't good... but then again I'm from Illinois where we grow some of the best corn in the world) - got some GREAT excersize - and saw some BEAUTIFUL scenery.

When I got back to the motel, I packed my things (I didn't bring much) and went to eat lunch before going to the bus terminal. After lunch, I learned that my bus wouldn't leave until 3:30pm, later than I'd expected. It was only noon. At first I was bummed. Then I realized that there was a sandy beach only 5 minutes away by foot! The weather was GREAT. The sun was bright, the air was crisp but not too cool, and the sky was a clear blue. So I bought an ice tea, found a great bench which was quiet and peaceful - close to the beach but not too close - and there I sat. I smoked a cigar and read my Bible... and just soaked in the atmosphere. After a day of hiking... it was really great. And 2 hours was the perfect amount of time.

I arrived back at my apartment in Seoul at 9:30pm. Here are some of my many pictures documenting this trip. I'm really glad I went. Wish you could've been there, too! 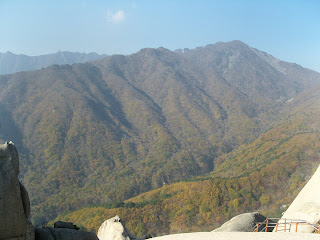 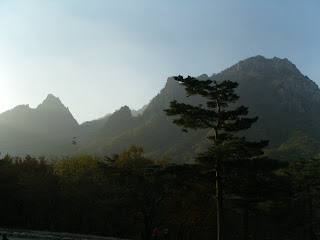 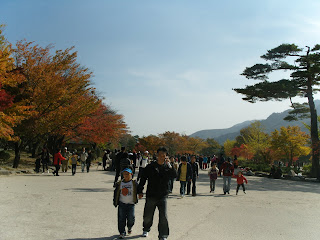 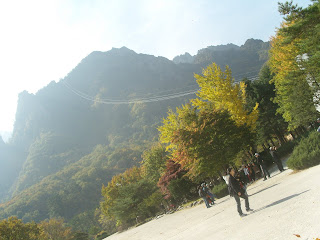 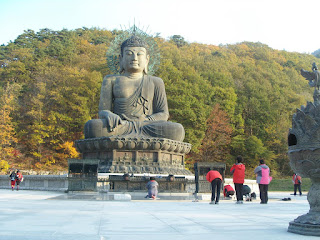 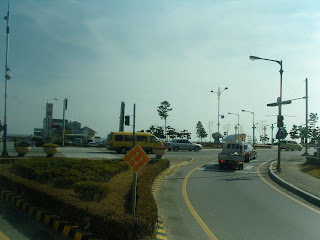 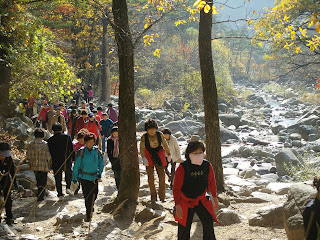 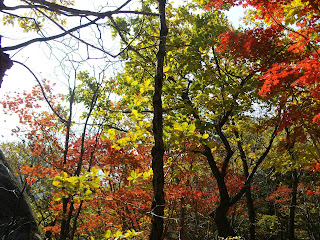 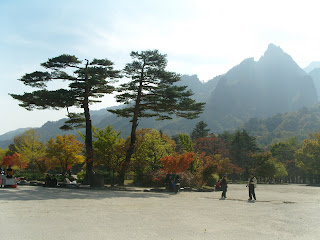 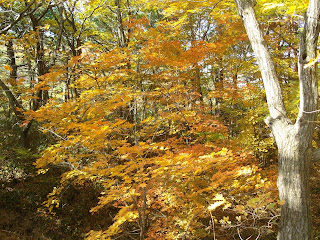 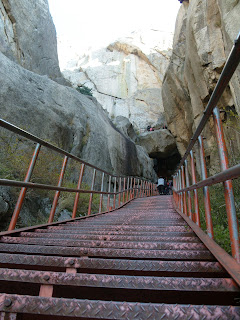 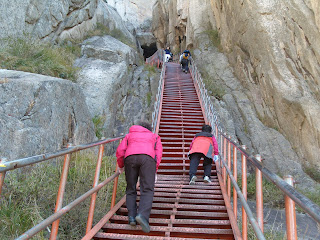 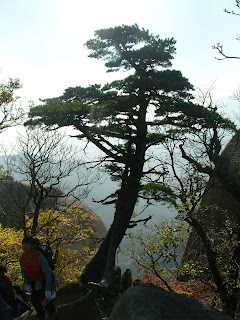 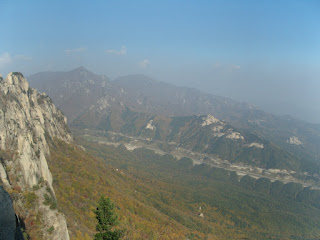 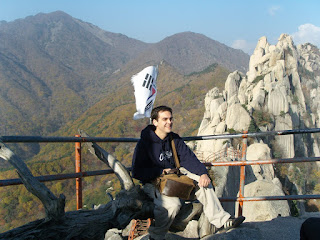 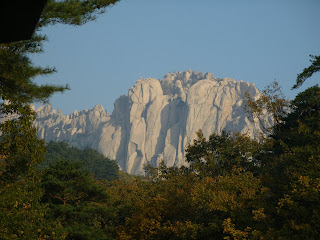 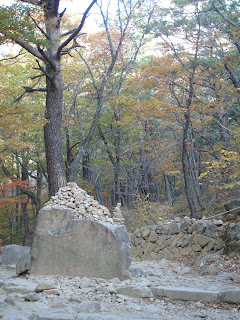 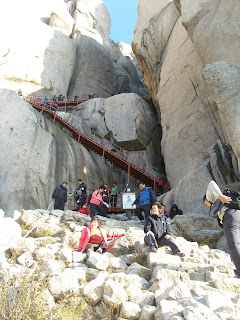 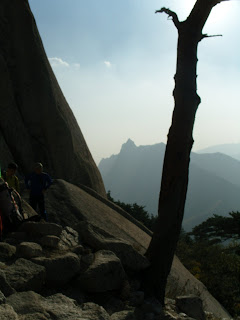 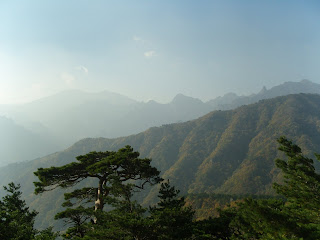 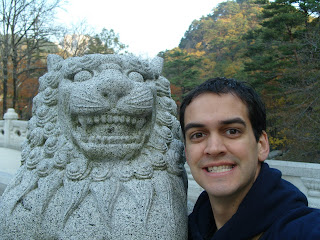 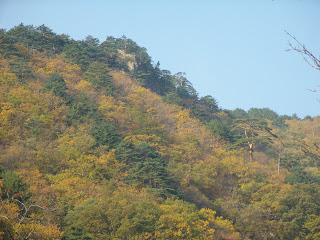 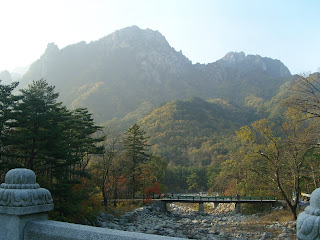 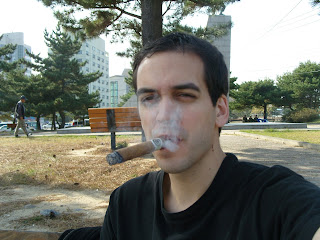 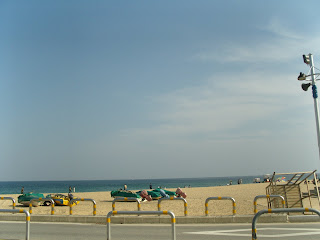 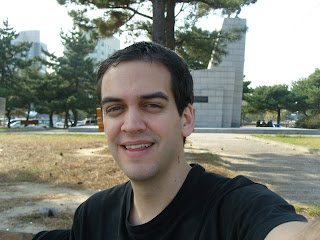