Well, thanks to my friend Gahyun, I was finally able to do something that I'd been wanting to do for a long time!!! And that was: See the Korean dance performance called "Ballerina Loves a B-Boy".

It's a dance performance, like a play, which has no words. The title explains the entire story. Honestly, the story itself is nothing to rave about. It's pretty generic. It provides a backdrop for the dancing, a way of entertaining the audience and giving us something to follow along with.

The dancing, however, was amazing! I TOTALLY recommend this performance to anyone!!!

Details: We saw it at a theater behind Doksu Gong Palace - which is near City Hall.
Tickets were 40,000 won each.

During the performance, everyone was allowed to take pictures and encouraged to shout and cheer. After the show, the performers went on stage and invited the audience to come up for pictures.

The theater was small - so ALL the seats were up close and personal. At one point during the performance, there were 5 dancers on stage. Four of them stopped dancing and found empty seats in various parts of the theater, sat down and started cheering on the 5th dancer. It was really funny seeing some of the audience reactions.

My FAVORITE part of the performance is represented by the pictures below that are dark. The dancers put on dark clothes and creepy traditional Korean masks. Then they started moving in strange ways and dancing while creepy music was playing. It was really great. hahaha

Okay, here are some pictures and a video I found on YouTube! 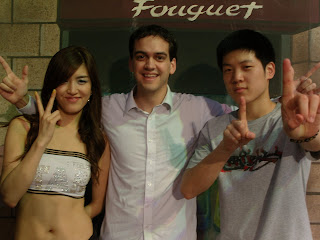 On my left and right are dancers from the performance. ^^ 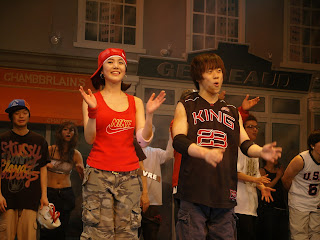 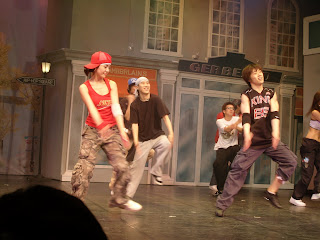 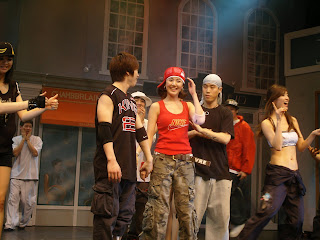 Above are pictures of the ballerina and the B-Boy. I love that style. She's really cute. 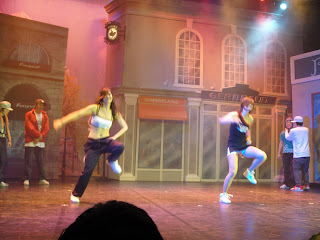 The girl on the left is the dancer I got my picture with. 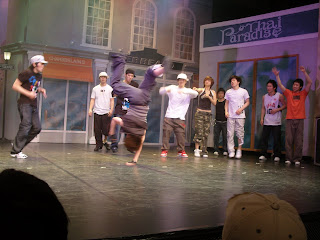 He's actually spinning. My camera is just that awesome. 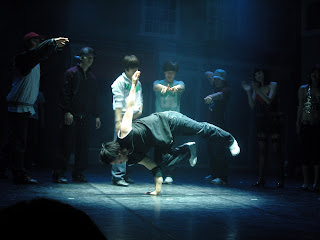 Awesome picture, too, even though I think his leg should be more horizontal. 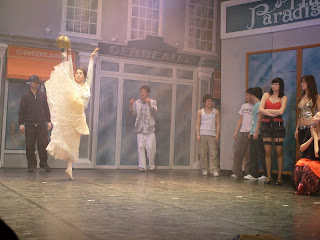 Here, she's trying to impress the B-Boys with her ballet. Great picture, though, eh? 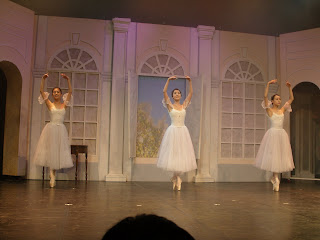 Here is THE ballerina and her two friends before she met the B-Boy. 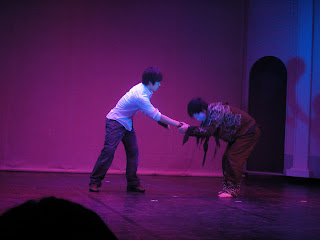 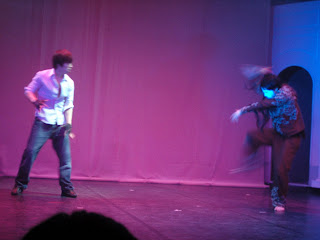 The two pictures above represent my favorite part of the show! It was SO cool! 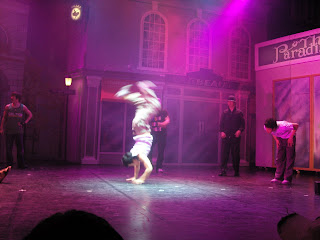 I didn't take the video (below), I just found it on YouTube. The dancers in the video aren't the ones I saw, but the routines are the same.