So, in April, a student of mine suggested that I go see a Korean Baseball game. Admission is really cheap - only about 5-6$ (according to the current exchange rate). He told me that there would be an exciting game the next day, the final game in a series between two rivals: SK versus Bears! SK is an Incheon team and the Bears are a Seoul team. He told me it's a great experience and that I needed to buy some beer and spicy chicken.

Well, unfortunately he had to cancel at the last minute because something important came up. BUT - thankfully, after looking had for other people who would be willing to take me - I found two students! So we went, and we had a blast!

What's funny is that, before the game, they wanted to buy those long plastic balloon things. During the game, the idea is that you bang them together and it makes a 'PANG' noise. It might not be too impressive at first, but when you have a stadium of fans doing it - well, it works out pretty well. Okay - back to the story. So they tried to buy me the RED ones, which means I'd be cheering for the SK team. But I'm a Bears fan!!! And I'm from Chicago, and our American football team is also called the Bears... that and the fact that the Doosan Bears are the BEST! :)

Well, anyway, we sat near the SK fan base - but the Doosan fan base that night was about... well, at least 5x bigger than the SK. But actually, sadly, my team lost... ㅠ.ㅠ

But the fake contention between us during the game was fun and funny. I would make sure to be loud and obnoxious whenever my team did something good :) But it was hard because my team lost 8 to 2. Suck!

Thanks Jesse and Vivi!

Here's a bunch of pictures from the baseball game! Jessie is wearing the skirt and Vivi i wearing the jeans. 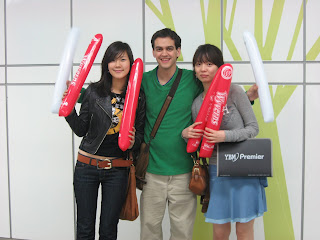 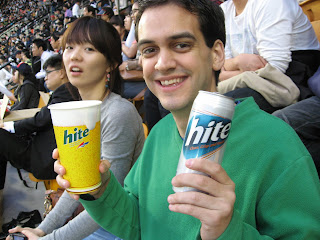 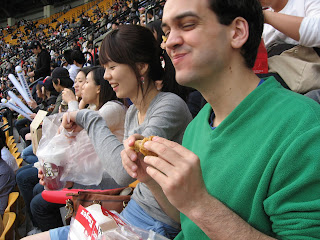 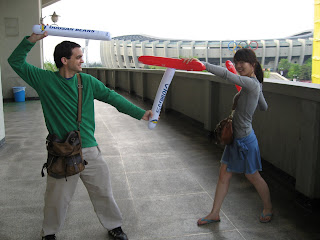 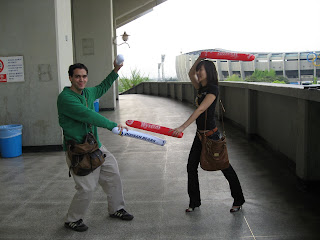 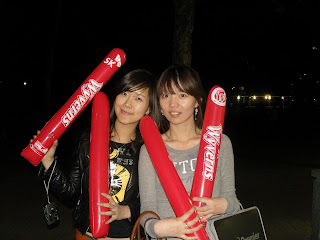 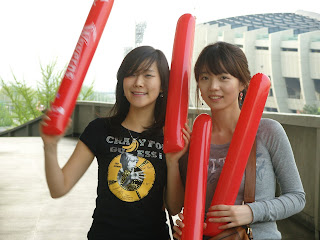 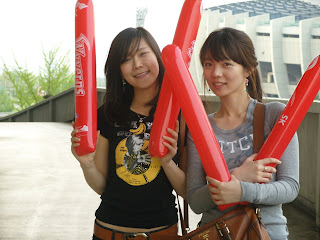 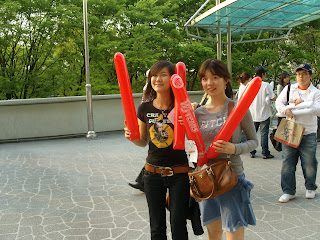 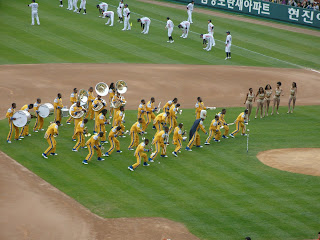 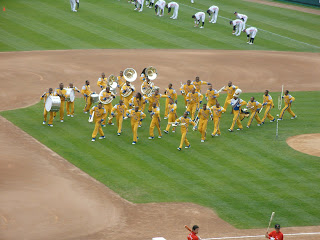 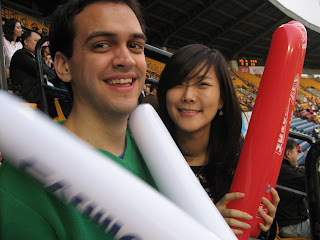 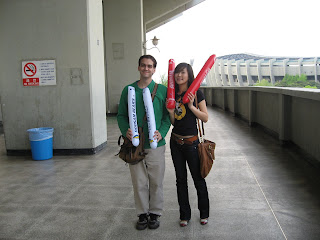